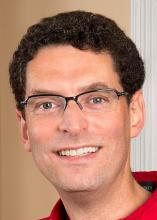 Daniel Kraus is Director of Daniel Cares, LLC providing home care to the elderly and those needing assistance recovering from accidents and hospital stays.

Initially he ran the business and managed his employees from home.

Peter Stack and Ray Dayan asked the question "are you making any money?" He wasn't sure.

In many subsequent sessions we reviewed his financials both income and costs and advised him on a variety of financial and operational matters. The most significant, in the early stages, was to raise his rates. Daniel being the only professional in the business had no one to talk to and was reluctant to raise rates because he was concerned about losing business. The co-counselors reviewed his retention records and competitive pricing and encouraged him to do so. He accepted our recommendation, lost no clients, and moved the business from marginal profitability to being solidly profitable.

At this point we encouraged Daniel, though still a young man, to establish a Self-Employment retirement plan which he did along with estate planning.

While the Home Care part of the business continued to expand Daniel began looking at expanding into Medical Care. We advised him about establishing two separate entities so he could monitor results in two substantially different businesses. He did so while successfully navigating the complexities of the Medicare system.

As time evolved we continued to review, in depth, his financials for both businesses and again recommended another price increase. With a successful increase in the past under his belt, but still with some trepidation, he initiated the increase again with no loss of clients resulting in yet another healthy increase in profits.