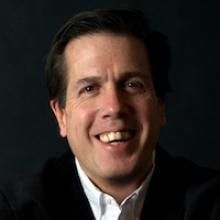 Shortly after the financial crash of 2008, I came to SCORE at the suggestion of a friend who had tired of listening to me complain about business and finances.

I went to SCORE reluctantly, believing it would be a total waste of time. Mine is a highly technical field and my impression was that SCORE was made up of retirees who were going to understand little of the "special needs" of a tech company.

I was lucky enough to be paired up with a counselor who was quite smart, and also fairly clever in his ways. Like a good attorney in cross-examination, he led me through a thorough step-by-step exploration of how I ran my business. Instead of being satisfied with simply who, what, where and when, he often asked "Why?" in response to my explanations of how things were done.

Instead of getting "lost in the weeds" in technology specifics, he guided us back, time and again, to the key fundamentals of managing and growing a prosperous business. He also insisted on specific meeting times, gave me instructions and homework, and was less uninterested in excuses or rationalizations for not arriving prepared.

Gradually, the barriers to new information I had put up began to crack. I was helped to understand just how universal good business practices are. My mentor had a strong moral compass as well and helped me to develop a philosophy of service and honesty in my business that has served me well.

I learned about the importance of being very specific when it comes to tracking money and time. I followed a practice of putting all deals in writing before work was begun. I worked hard to develop a system, a series of steps, for every project and to follow that system. I began setting up goals and tracking my progress, and even rewarding achievement when milestones were reached. I learned the importance of working with others, bringing in outside help, other professionals and colleagues with better skill sets in some aspects of what we were providing. And things slowly began to change.

I now manage a team of smart and talented professionals, we work on very significant projects (our project fees have gone up ten-fold in five years), and my billings have now quadrupled since I first came to SCORE. The business is now fully self-supporting through its own contributions, free of any unsecured debt, and running solidly in the black while providing those involved with healthy incomes, to allow all of us to continue to thrive, learn and grow.

I am now a SCORE mentor myself, and thrill at the opportunities to "pay it forward" to others trying to start, manage or, as was my case, repair damaged business models - of any size. Being an active member of SCORE has given me back far more than what I've put into it, and I strongly recommend SCORE to any motivated business owner or entrepreneur. All you need is a good idea, a willingness to work far harder than you ever did at any "job," and the ability to stay teachable and open to new ways of doing things - all easier said than done.

But the rewards have far outpaced the efforts.

President started as and remains a SCORE client, became a Counselor and a Workshop Series program director